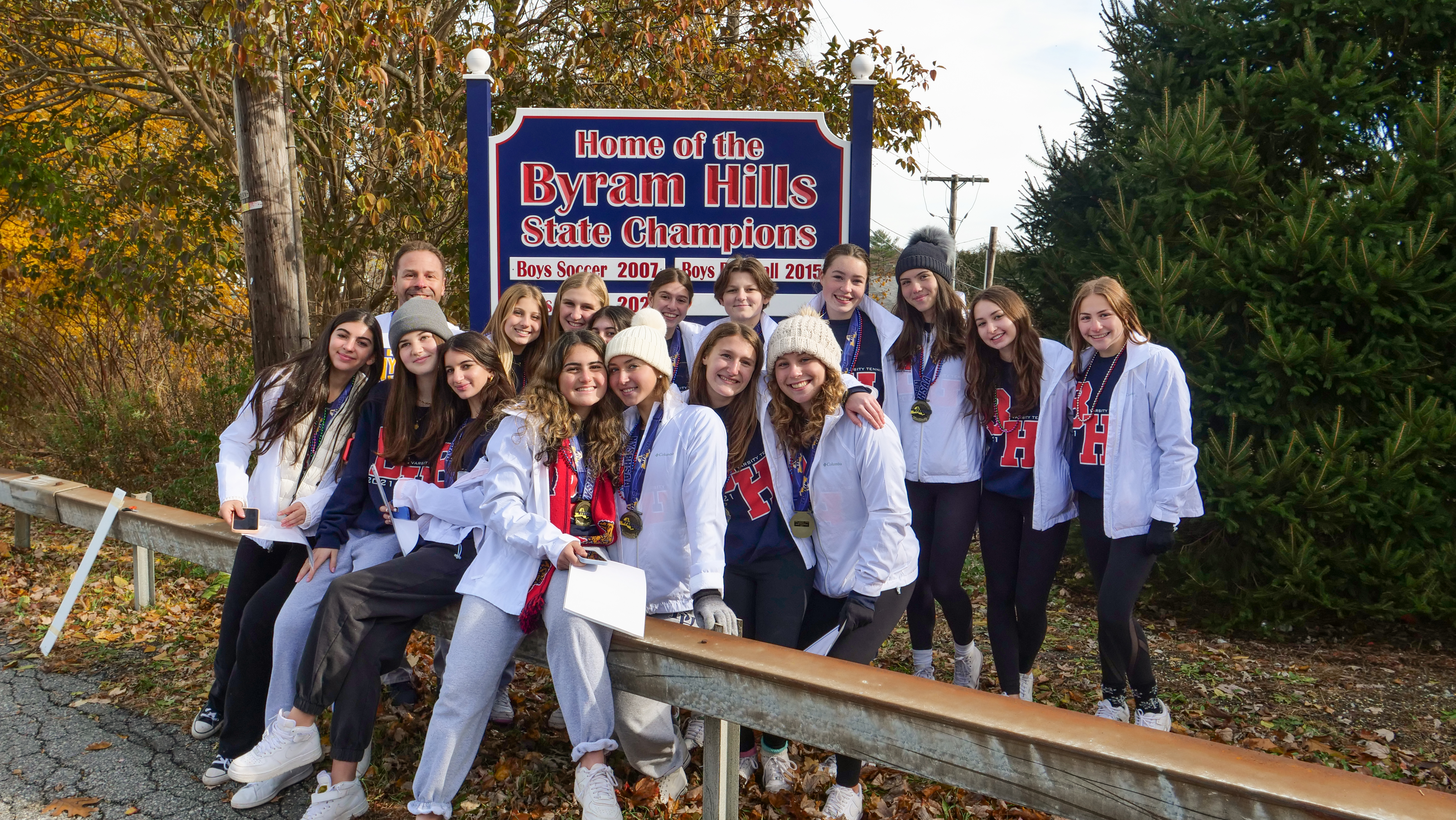 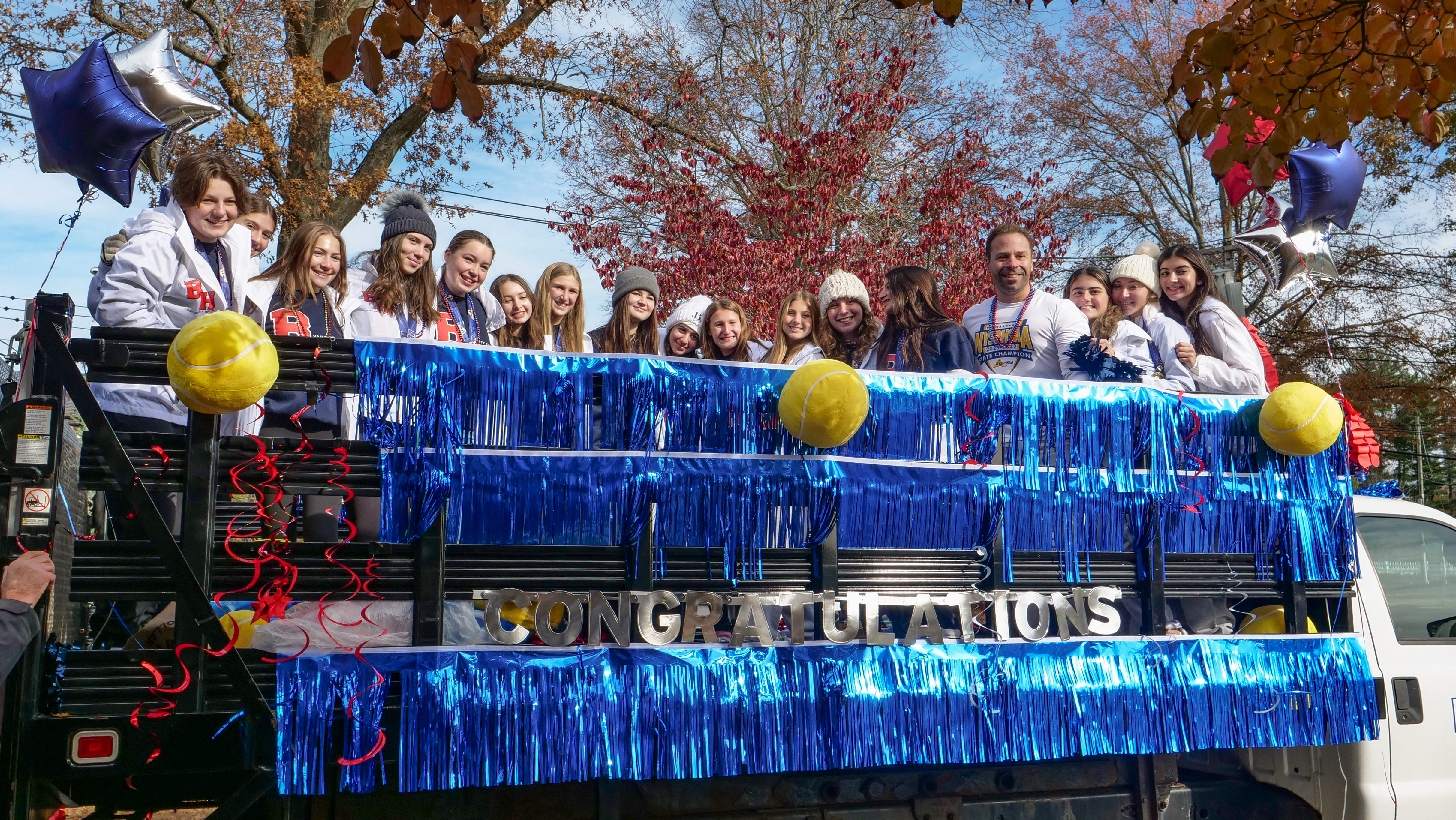 Cheering fans turned out to congratulate the team and enjoy the fanfare, which featured a marching band, red and blue balloons and the girls riding on a decorated truck that announced them as New York State Public High School Athletic Association state champions.

By capturing the title on Nov. 5 with a 5-0 win, the girls became the first girls team to win a state championship in the high school’s 55-year history, and the third team overall. 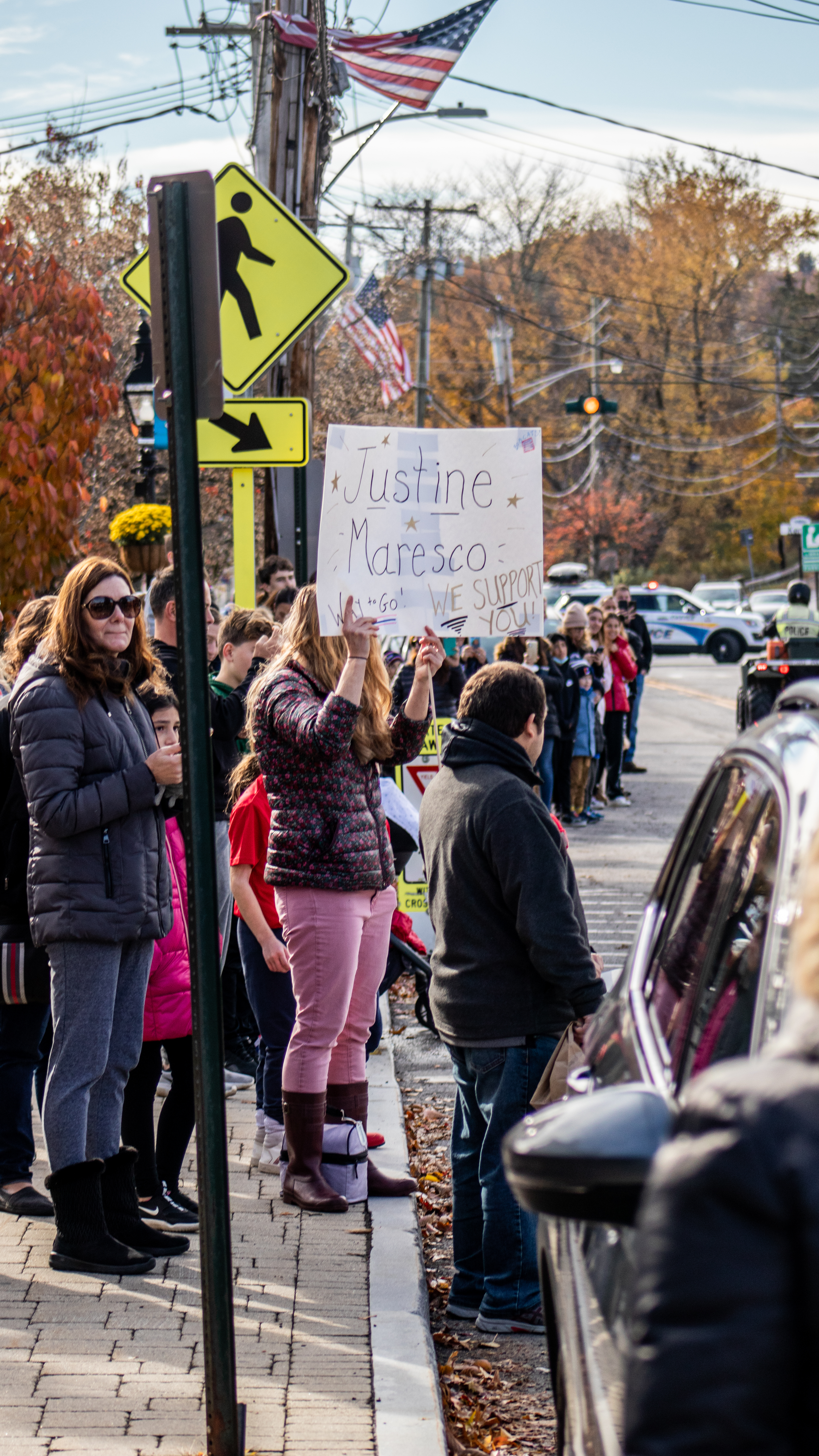 The parade stepped off from H.C. Crittenden Middle School, made its way to Main Street and concluded at the North Castle Town Hall, where the girls were congratulated by school and town officials during a ceremony on the steps.

“We are so excited to celebrate our student athletes,” Byram Hills Central School District Superintendent Jen Lamia said. “What an accomplishment, not only of their sports and academics, but also of their ability to work together as a team and take Byram Hills straight to the top.”

Rob Castagna, the District’s Director of Health, Physical Education and Athletics, congratulated the team, and thanked their parents and fans. He said the team finished the season with a remarkable 22-0 record, the best in school history. He also noted that the girls won the inaugural team state championship.

Coach Mike Racanelli said: “What a season: 22-0, state champions. I just could not be more proud of this team.”

Principal Christopher Walsh read the names of every girl on the team, and added: “What an incredible accomplishment for this to be the first girls team to bring home a state championship.”

The crowd then walked to the championship sign at the intersection of Old Route 22 and Main Street. After a countdown, a new entry reading “Girls Tennis 2021” was unveiled to great applause. 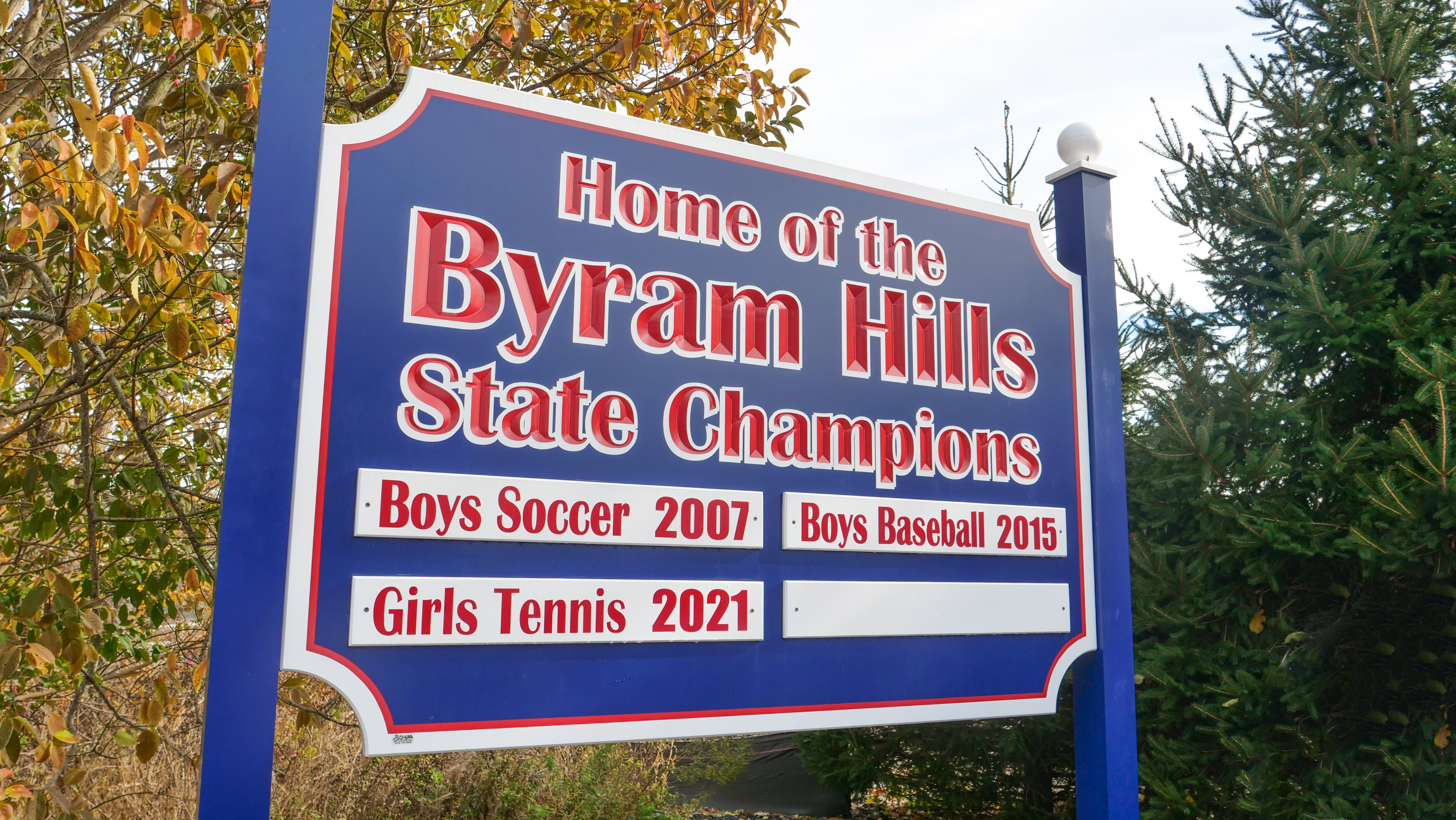