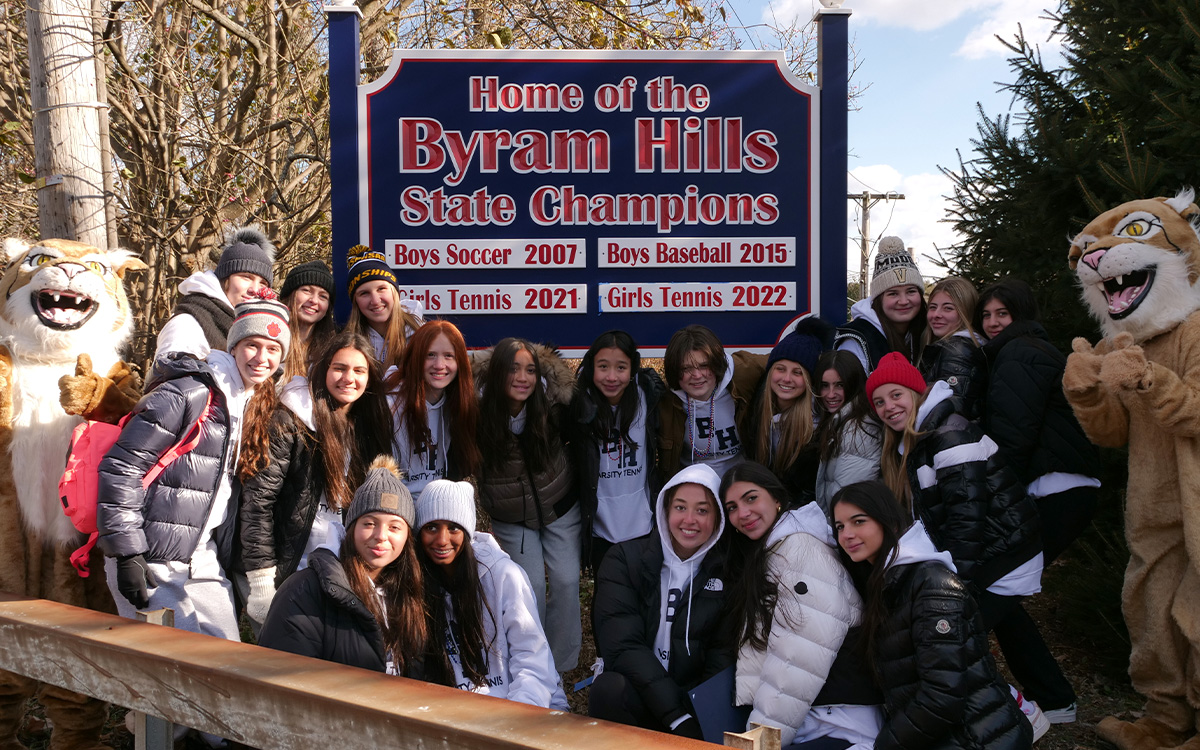 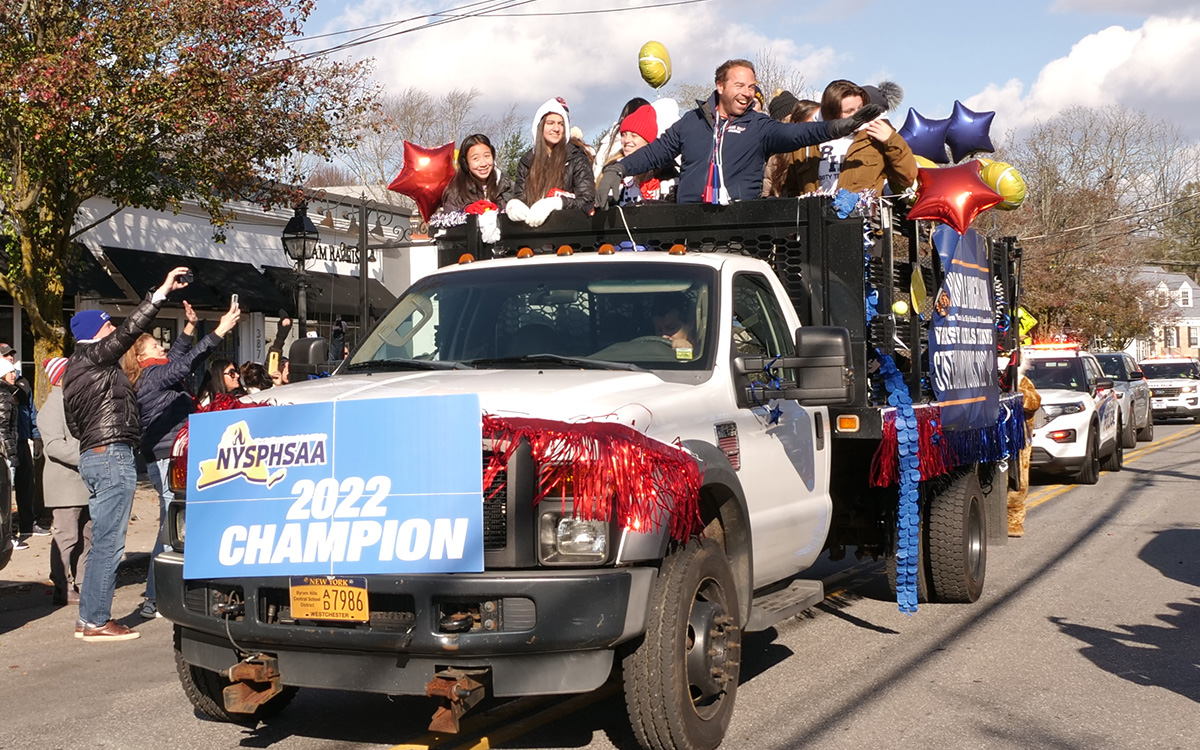 The girls and their coach rode on a decorated vehicle that announced them as state champs, and their float was preceded by emergency vehicles with celebratory flashing lights and sirens and a booming drum line. The Bobcat mascots added to the festivities.

With that, the 2022 and 2021 Girls Varsity Tennis teams were the first two girls squads to win a state title at Byram Hills since the school opened in 1966. They were also the third and fourth Byram Hills teams overall to be crowned state champs.

Like last year, this year’s team was celebrated with a parade that began at H.C. Crittenden Middle School and made its way down Main St. The route ended at the North Castle Town Hall, where the team was honored by school and town officials during a ceremony on the steps.

Superintendent of Schools Dr. Jen Lamia welcomed the crowd, including Board of Education members Melissa Jacobs, Lori Kanner, and Scott Levy, and the entire town of Armonk “for celebrating us and for welcoming these girls for a well-deserved victory.” 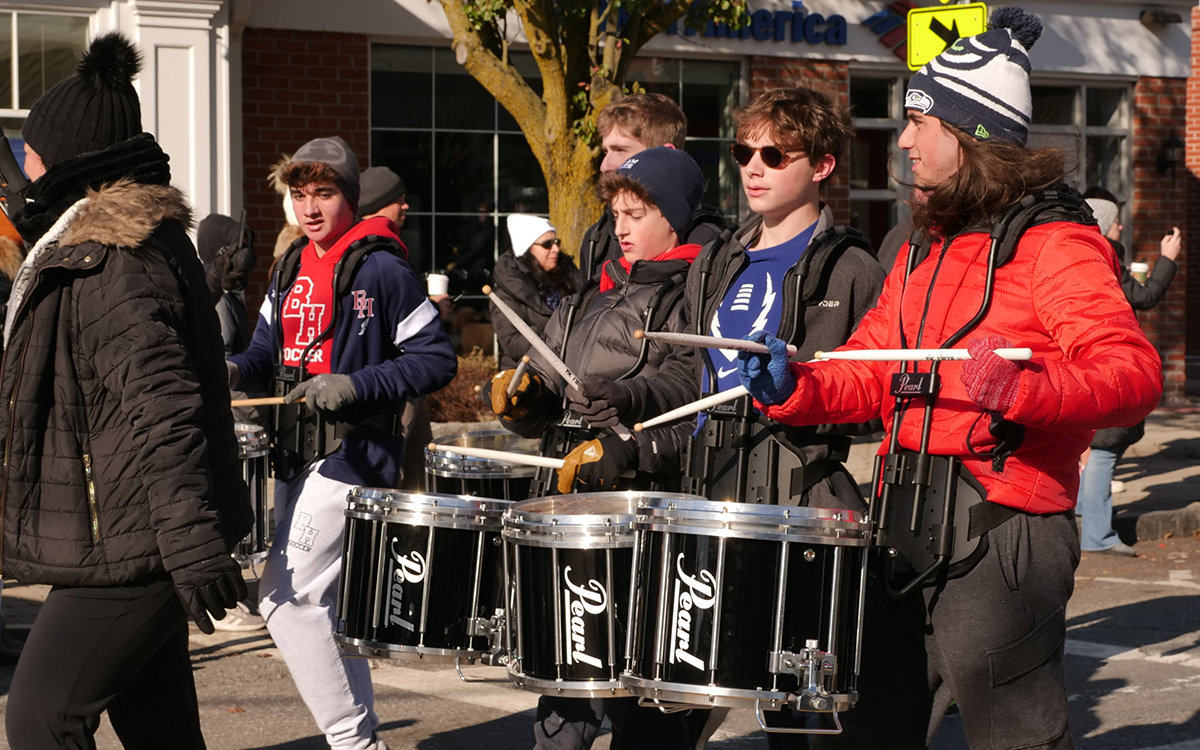 “My immense pride in all you and what you’ve done for yourselves, your team, your families and the future history of Byram Hills is amazing, and for that I applaud you and I thank you,” she told the girls.

Coach Mike Racanelli addressed the team and said: “Thank you for trusting me and believing in me and trusting one another and working together to achieve our biggest goals. You’re an amazing group and I’ve loved every minute of the season being your coach.”

He noted that the team reached new heights, with a second consecutive win.

Rob Castagna, the District’s Director of Health, Physical Education and Athletics, thanked the parents for their support and congratulated the team.

“Every team sets goals at the beginning of the season,” he said. “Sometimes those goals are lofty and they seem impossible, but not for this group because they believed in each other.”

Byram Hills Principal Christopher Walsh read the names of the girls on the team, and they were each presented with a certificate. The group walked to the championship sign at the intersection of Main St. and Old Route 22 and everyone cheered as the new entry, “Girls Tennis 2022,” was unveiled. 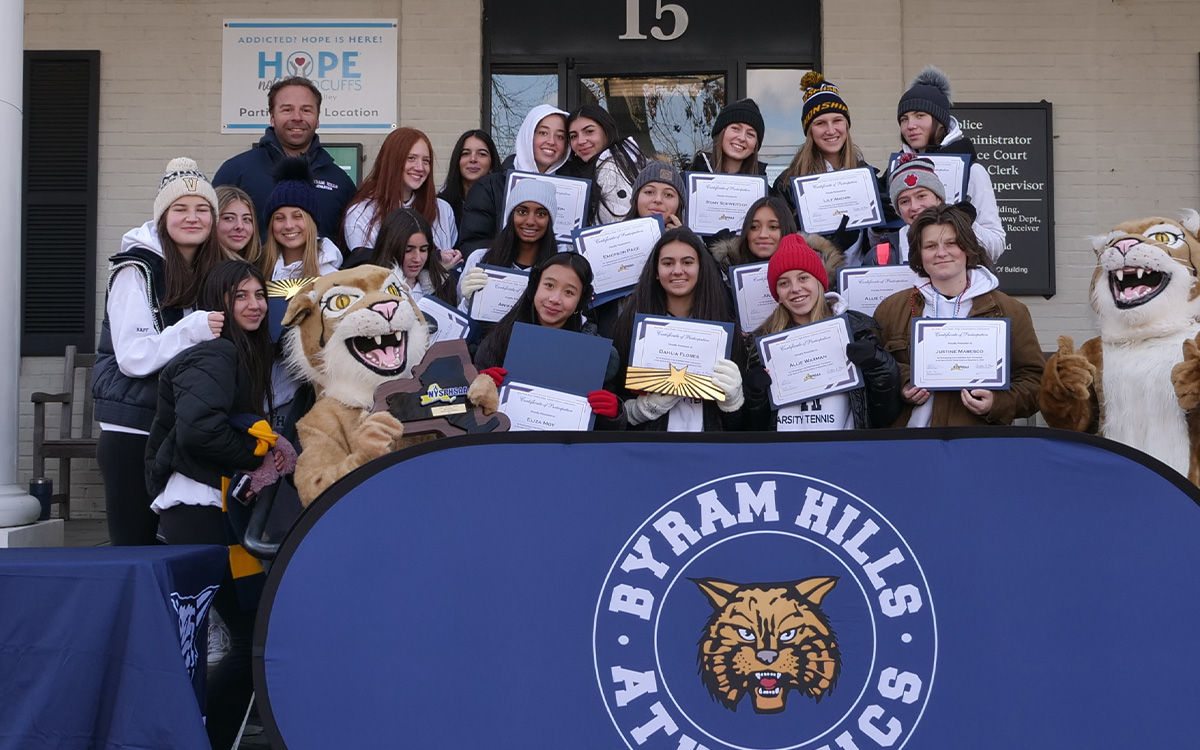