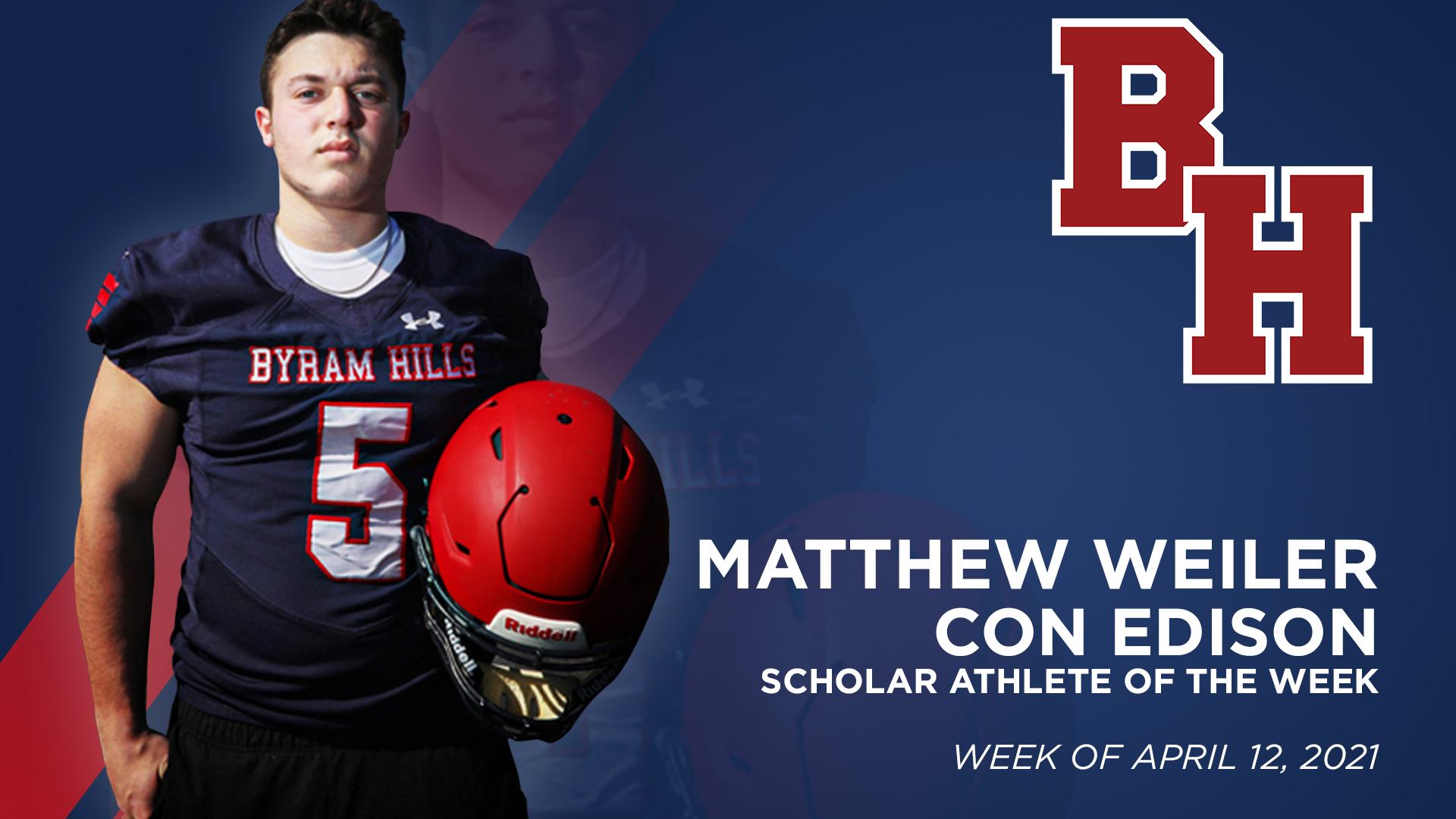 Byram Hills High School is proud to announce that senior Matthew Weiler is the winner of the Con Edison Scholar-Athlete of the Week Award.  This award honors and highlights student excellence in sports, academics, and community service.

Matt is a two-sport varsity athlete who made a fast adjustment from basketball to football. After completing a basketball season where he helped lead the Bobcats to a Regional Championship, he transitioned to the football field with goals of another championship in mind. With little practice, he led the Bobcats to a 26-7 victory over the Westlake Wildcats on opening day.

“Matt has worked hard and puts so much time and energy into his craft,” said Byram Hills Football Coach Douglas Carpenter. “I am even more impressed with Matt's leadership, as he has helped steer our program in a wonderful direction."

Matt’s extra-curricular activities reveal his leadership, citizenship, and character.  He was a volunteer for Armonk Football, the Cottage School (a residential foster home for youth), and The Armonk Youth Warriors.  Matt brings the same level of dedication to sports that he does to his academics.  He remains grounded and focused when under pressure in the classroom and on the field.

In one of his recent games, he captained the Bobcats to a 21-0 victory over Hendrick Hudson High School, rushing for 152 yards with nine yards a carry.  This upcoming Saturday, the Byram Hills Bobcats play the Westlake Wildcats for the last game of the season.  Matt is hoping to lead his team to be the Class B - Section 1 Football Champions.  This victory would be a memorable way to finish a robust high school athletic career.

The School Budget Vote and Board of Education Trustee Vote will take place on Tuesday, May 18, 2021 from 6:30am to 9pm.  Please take a few moments to watch the Budget Video and be an informed voter. 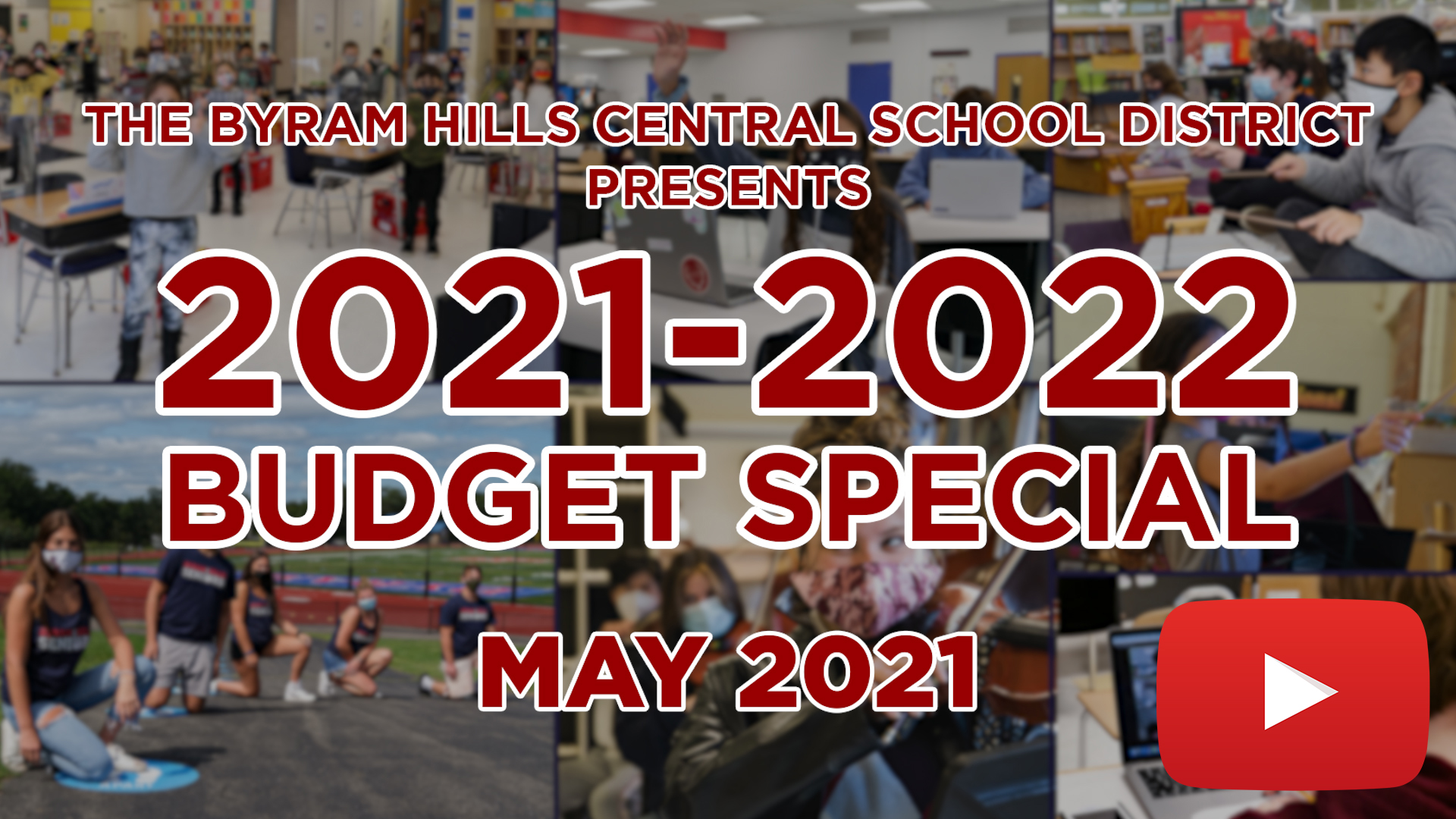