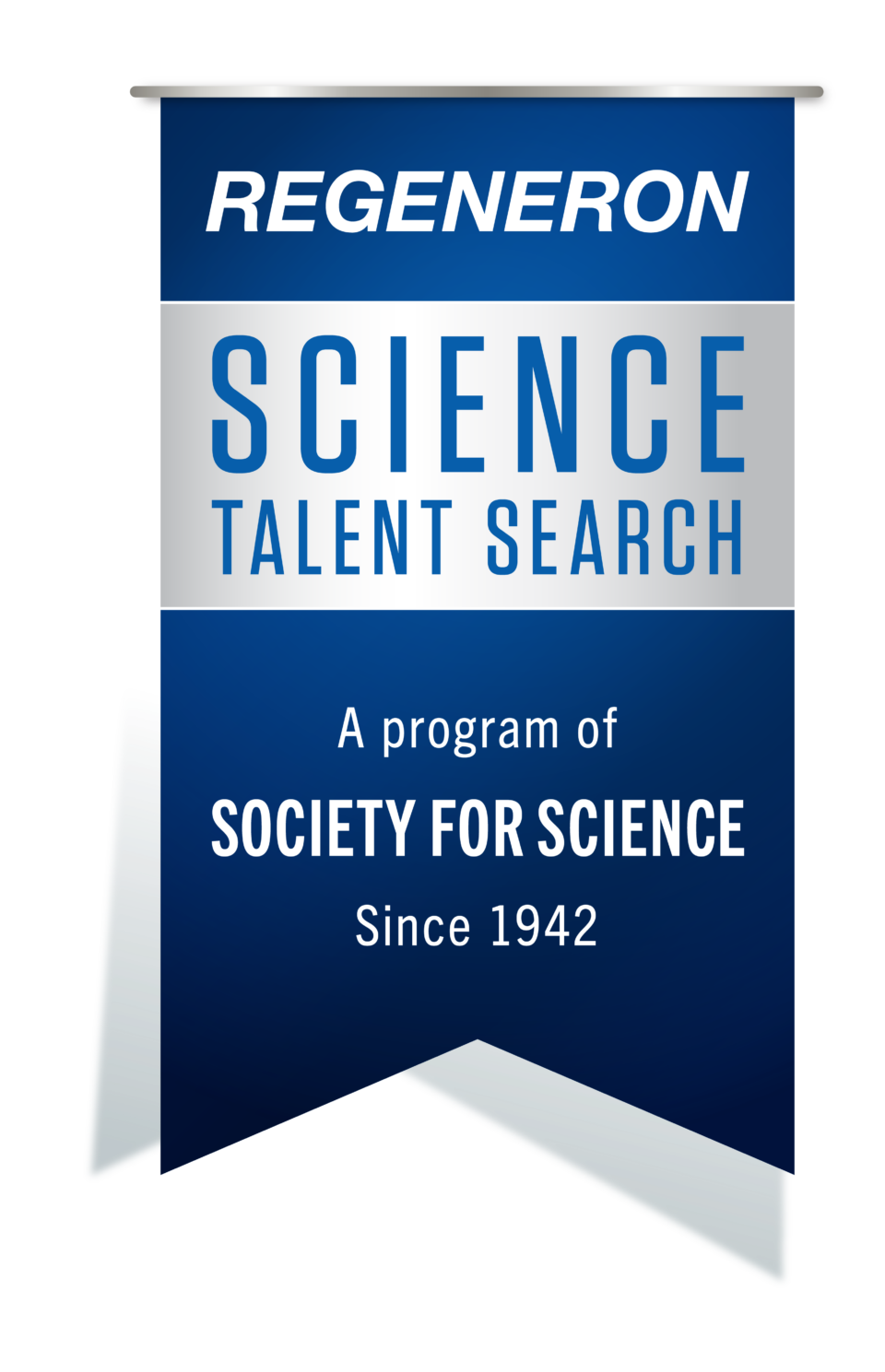 Byram Hills High School is pleased to announce that five seniors are among the 300 top scholars in the prestigious 2023 Regeneron Science Talent Search, an honor that recognizes their meaningful and important independent scientific research.

Byram Hills High School is pleased to announce that five seniors are among the 300 top scholars in the prestigious 2023 Regeneron Science Talent Search, an honor that recognizes their meaningful and important independent scientific research.

The semifinalists were chosen from 1,949 students who entered the preeminent math and science competition that dates from 1942. On Jan. 24, only 40 of the 300 students will be named finalists, who will compete for more than $1.8 million in prizes at a weeklong competition in March. The top award is $250,000.

“We are incredibly proud of these talented student scientists,” said Stephanie Greenwald, director of the Authentic Science Research program. “This is a great day for Byram Hills. Our five top scholars are excellent representatives of our outstanding senior class. They demonstrate the dedication, intellectual curiosity and resiliency we see in all of our students in the science research program.”

The Society for Science, which runs the competition, said scholars were chosen for their outstanding research, leadership, community involvement, commitment to academics, creativity and their exceptional promise as STEM leaders.

The Byram Hills students conducted exemplary research in the areas of neuroscience, behavior, and medicine and health. A closer look at their work:

Rohini Das created a software application, The Brain App, to quantitatively evaluate how adults store abstract concepts they experienced while playing a card memory game. She then assessed how sleep influenced their recall of what they learned in the game, providing researchers with a simple, mobile method to investigate abstract thought.

Remi Matza critically analyzed publicly available data on age-related macular degeneration, a debilitating eye disorder, to determine how the density, location and diameter of blood vessels in the retina change in these patients. Her findings provide broader evidence that may help to better diagnose and treat this disease.

Samantha Milewicz used a novel 3D model that mimics the brain's protective layer, the blood-brain barrier, to identify a protein involved in tissue damage from traumatic brain injuries. With a combination of several techniques, she demonstrated that inhibiting the production of the protein MMP-9 restores healthy barrier function post-injury, providing insight into this protein's potential for therapeutic innovation.

Lindsay Miller utilized a newly emerging technique called pupillometry to study aspects of human behavior by observing pupil responses to light. She was the first to find that these responses follow a 24-hour circadian rhythm, meaning they are influenced by the time of day they are recorded. Her results may be essential for research regarding seasonal affective disorder as well as numerous other conditions such as Alzheimer’s disease and diabetes.

Samantha Schaevitz investigated the use of focused ultrasound with microbubbles as a method to improve brain cancer treatment by allowing therapeutic drugs to more easily pass through the blood-brain barrier, a protective layer for the brain. She found that increasing ultrasonic pressure with microbubbles demonstrated a noticeable increase in drug penetration deep into the cancerous tumor. With further investigation, this method of drug delivery could hold promising potential as a more effective brain cancer treatment.

When the top scholars were announced on Jan. 10, cheers let out in the science research classroom and the students were overjoyed.

Samantha Schaevitz said the honor felt like a validation of her research.

“I’ve worked so hard,” she said. “It’s an amazing feeling because this is why I came into the program, to hopefully help at least one person and aid in research. Being in the top 300 is amazing.”

Lindsay, who chose a research topic personal to her, said: “It’s such an awesome feeling. The fact that I was recognized for studying something that meant so much to me is such an amazing feeling.”

Rohini added: “I feel very honored. I feel a lot of gratitude for all of the people who have helped me along the way.”

The Society for Science says the contest seeks to identify, inspire and engage the nation’s most promising young scientists and empower them as they develop ideas that could solve the world’s urgent challenges. Alumni of the competition have won the Nobel Prize, Fields Medal, MacArthur Fellowships and other awards. 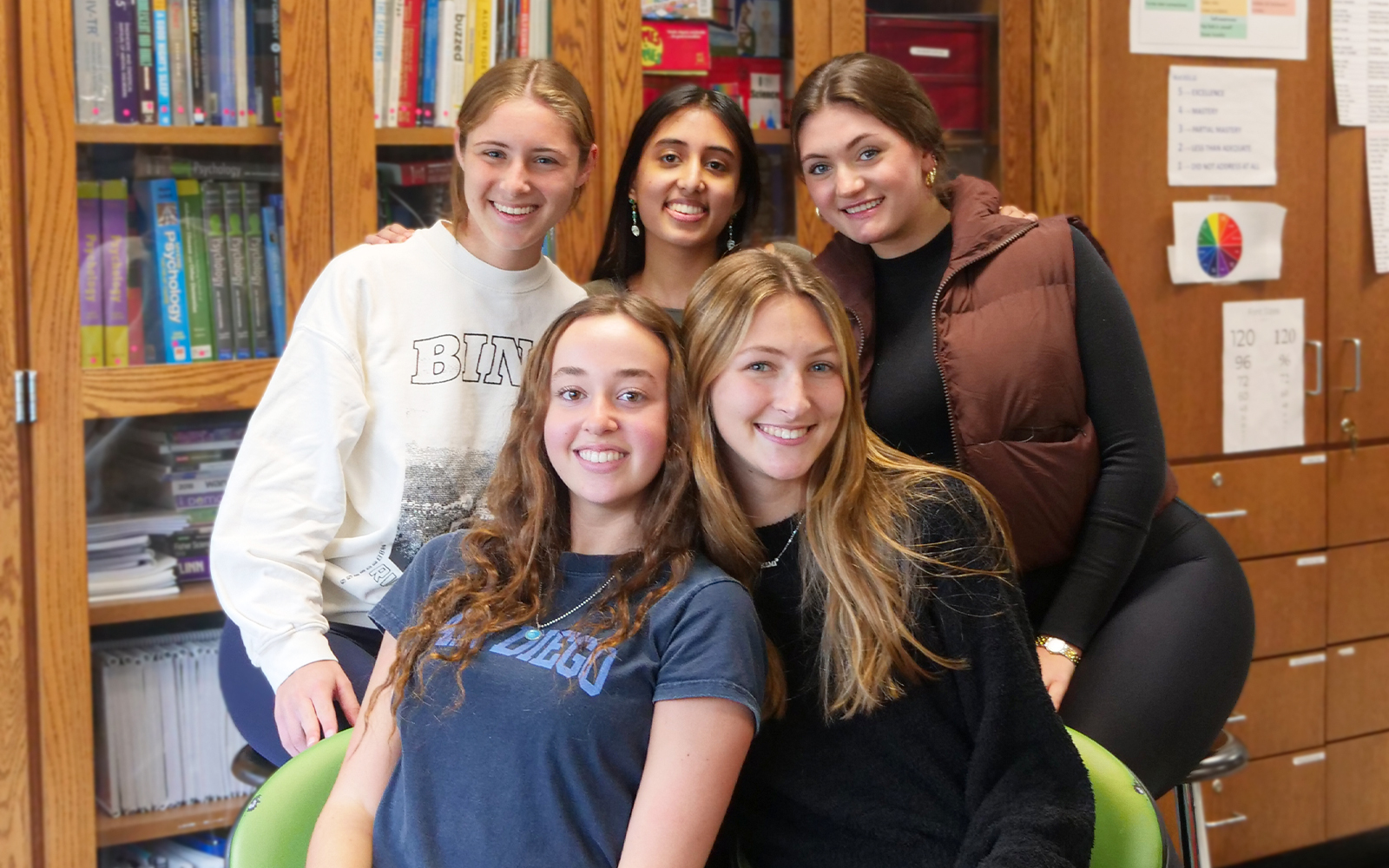 From left in the front row Lindsay Miller and Remi Matza, and in the back row from left, Samantha Milewicz, Rohini Das and Samantha Schaevitz.