The award has been presented since 2006 to deserving graduating seniors across New York State in recognition of three primary traits: Courage, Character, and Commitment.  The NYS Triple C Award was established to honor seniors whose high school journey included unique circumstances and achievement.  Whether overcoming personal obstacles, succeeding in academ

ic pursuits, participating in community service, or displaying leadership skills, these students provide us with hope for a brighter future.

Farran Horowitz defied all odds in the summer of 2018 after suffering a near-fatal accident.  Her recovery and resilience remain an inspiration to the Byram Hills community.  Farran hopes to pursue a career in education or 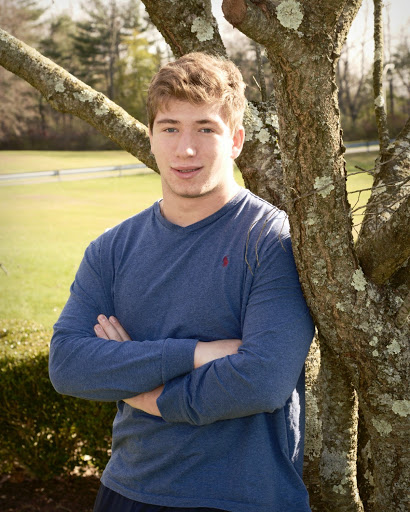 physical therapy after college.  She intends to continue her love of fine arts and will attend Bard College in the fall.

Alex Behar underwent brain surgery during the summer of 2018 to address an underlying illness which was causing great discomfort. Alex handled his illness and recovery with grace and dignity and demonstrated tremendous patience as he worked to return to full capacity as a student and an athlete. He returned to wrestling and continued to stand out on the team as a competitor and a leader to other wrestlers. He will be attending NYU next fall where he will further pursue wrestling.